A partnership project with the Environment Agency

The Middle Ouse Restoration of Physical Habitats (MORPH) project began at the end of 2011 with the ambitious target of undertaking four projects during 2012. This partnership project between the Environment Agency, OART and Royal HaskoningDHV was focused on improving fish passage through the removal of the large weir at Buxted Park, the creation of a rock ramp at Sharpsbridge and the installation of a fish pass at East Mascalls Road Bridge. In addition the project sought to restore the historical course of the main River Ouse through land at Sheffield Park. These were the first four projects from a previous feasibility study which had highlighted the 13 key sites within the non-tidal section of the river which needed to be addressed in order to improve the ecological status of the sub-catchments, in line with the EU Water Framework Directive.

The Project began with a public drop-in session in Haywards Heath. Attended by 80 members of the public, landowners, angling clubs and other interested parties the drop in session introduced the concept of MORPH to those living and working within the catchment.

Following the drop-in session, OART led a period of intensive stakeholder and landowner consultation in order to establish constraints and concerns which may be felt by those who use the river or own the land through which it flows. Luckily all the landowners and stakeholders were very supportive of the idea to improve the ecology of the river. With this initial consultation completed the project partners were able to develop detailed designs for each of the projects and by April 2012 we were able to put the work out to tender through the Environment Agency National Framework. Three months later Blackwells had been awarded the contract and in August 2012 works began at Sharpsbridge and Sheffield Park with Buxted Park being commenced a month later.

Due to the bad weather and heavy rainfall which was experienced during the autumn/winter of 2012 the project at East Mascalls was put on hold as both time and money had, unfortunately, run out.

Click on the pictures below to find out more and view pictures of each project as they were completed and how they look now. 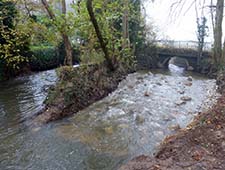 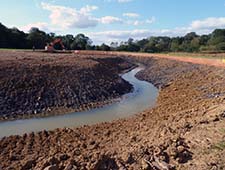 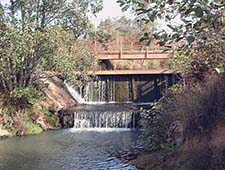 In 2013, following the completion of the three projects MORPH was entered for two awards, one from the Institute of Chartered Engineers for which the project won a high commendation in the Sustainability and Environment Category. The second was the Wild Trout Trust/Thames Water Conservation Awards for which the project received the top award in the professional category. Whilst it is not why we do it, it is always nice to gain recognition for the projects being undertaken locally and to have received both an Engineering and Conservation award is a great achievement for all those involved. 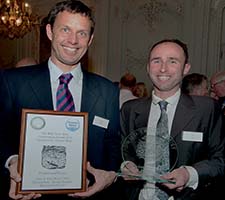 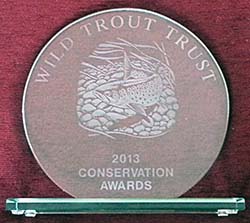