A partnership project with the Environment Agency

The Adur Restoration of Physical Habitats (ARPHA) project is a partnership between the Environment Agency, OART and Royal HaskoningDHV  focused on the non-tidal section of the River Adur and encompasses both the eastern and western arms. ARPHA has primarily been focusing on ways to increase fish passage through the project area, enabling a greater diversity of fish species to move up and down the river. Additionally opportunities to undertake both in and out of channel works to create habitat features have been sought to assist in alleviating downstream flood risk.

A feasibility study has been undertaken and a list of 20 priority sites has been created which has been further reduced to six sites to form the first phase of the project. Of these six sites, four were considered to be relatively simple in terms of what works were required whilst the remaining two require greater levels of consultation and will require more complex solutions. Each individual project is being looked at on a standalone basis to ensure that the most ecologically beneficial outcomes can be reached within the constraints set by landowners and stakeholder groups. In addition all sites are being looked at in terms of how they will function together to improve the overall diversity of the river whilst reducing flood risk.

From the initial six sites, two are located at Shipley on the Knepp Estate, two at Twineham, one at Partridge Green and one at Shermanbury. Work began on these projects in the Summer of 2013 and by spring 2015 four sites had been completed seeing the removal of five weirs. The projects at Partridge Green and Shermanbury have a wider range of complexity to them and require further consideration and consultation before being taken forward. However, these projects continue to be developed and we hope to see them completed in the next couple of years.

To find out more about the projects at Shipley and Twineham follow the links below. 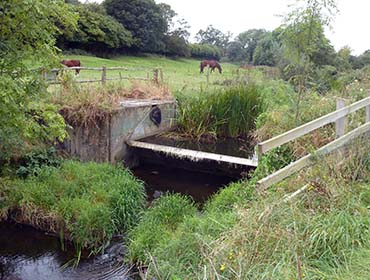