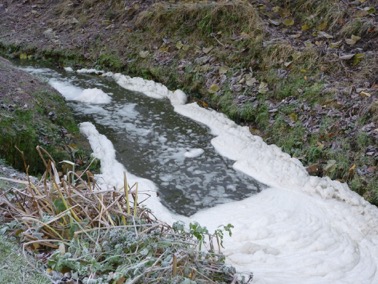 Early on the 30th November, there was a serious pollution incident on the Plumpton Mill Stream caused by a massive ingress of slurry from Plumpton College. Large numbers of dead fish, including wild brown and sea trout about to spawn, have been found in both the Plumpton Mill Stream and its receiving water the Bevern Stream and has probably wiped out the total fish population for several kilometres. The matter was reported to the Environment Agency, who are currently working to try and limit the effects of the pollution in the lower reaches of the Bevern Stream. Since 2011 there have been eight previous recorded pollution events from the college. The lasting damage to all natural life from this incident will be immense and will take years to redress.